On time dilation and old age…

So I am thirty-one years old, closer to the thirty-two, now. A lot of books, culture, even just folk wisdom seems to imply that as you get older, time seems to move quicker and quicker. I think that perspective comes out of the set of assumptions that most people have for life, namely family formation, settling in a community, and generally nearing “normalcy” in the manner to which they have been raised.

For me, roaming around the world for work and pleasure, time lately seems to be moving slower and slower with every passing month. It is entirely relative, of course – from the standpoint of physics nothing has changed, but in my experience of life, things are becoming so devoid of meaning and interest that to get through each day feels like powering through a younger Author’s week.

The other day I went out with officemates for dinner and took a few photographs of the Four Seasons hotel downtown. 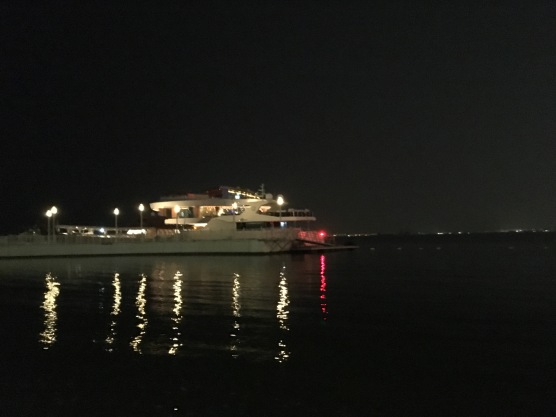 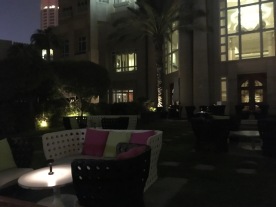 Clockwise we have Nobu, the famous Japanese fusion restaurant, then the hotel itself with the ubiquitous and extremely stylized portrait of the Emir of Qatar projected on it as part of the patriotic surge in response to the Gulf Cooperation Council crisis. Below that, a shot of the grassy patio. It was particularly striking to me to see real grass, and be able to walk on it barefoot, feeling the cool greenery beneath my feet for the first time in months.

Specifically speaking about last night, I was bitten by an African/Yemeni variant of fire ant that crawled artlessly up my pant leg and stung three times while I was having a drink outside. I felt very foolish in front of several people, and generally angry at, well, just about anything that crossed my mind at the moment of juggling drinks, sweat, cigarette, a bottle of water, and getting to a bathroom to purge my pants of any further myrmidons.

Just a man, writing like any other guy. View all posts by Fravashi